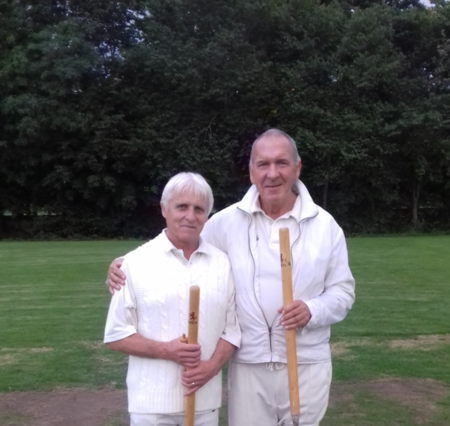 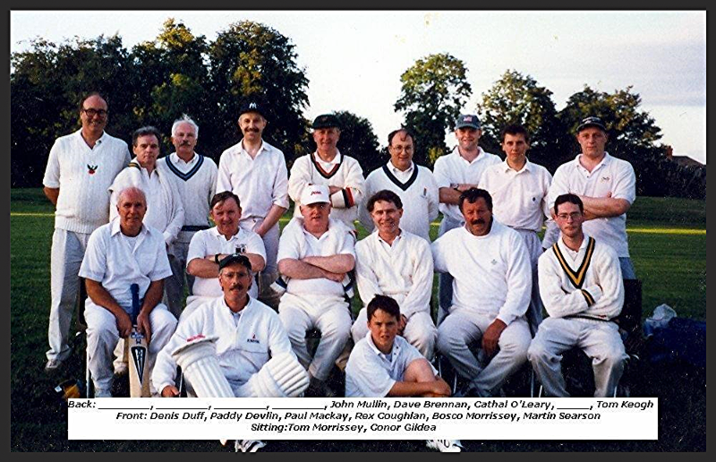 HISTORY OF THE WALNUT TAVERNERS

The fixtures over the years have been compiled by Paul Ryan and now recently by John Donnellan. The crease down the years has been tended to by Bosco Morrissey and Martin Searson and currently for the past number of years by Philip Whelan.


Over those years the team was made up by such people as David Kennedy(former Aer Lingus CEO),Hugh Cassidy(eye specialist) who once said on the field of play that he could not see the ball when batting,Paddy Gaffney, Conor Ryan, Des Lamont and other luminaries too numerous to mention. In the early years great support was given by the late Fr. Simon Grace Ocarm. and the community in Terenure College still maintain those strong links through the help of Fr. Eoin, Fr. Michael and Fr. Eanna and all the staff, notably, Shauna and Richard.

Results in the early years were a mixed bag. ( Nothing changes much there then Tom! ) but the foundation of the Taverners were truly sown. Later some more past pupils such as G.Tormey, N.Searson, M.McKenna, T.Morrissey, T. Morris, Pat Pop Sparks, M.Thunder, B.White and Pat Pax Maher - who was wickey for a fair number of years - arrived to bolster the player numbers alas now most of them have taken to playing with a small white ball!. The fixture list was also expanded to include teams such as RTE, AIB and Merrion C.C.

The next phase of developement in 1995 was the purchase of an all weather crease that was situated adjacent to the soccer pitch all due to the generosity of Paul MacKay. This was a great leap forward as many an established cricket club would be so envious of our progress. So most of our games would not now be rained off with the laying of the crease.Unfortunately this great asset did not last very long as vandals destroyed it and it was so badly damaged that it was not possible to have it repaired and so ended a wonderful dream! The Taverners began to play their "Home" matches at High School in Rathgar thanks to the help of Paddy Devlin. Terenure College Taverners survived to carry on playing through the late 80's and 90's.

A further turnover of player base took place in the 80's and 90's with a new influx of players such as P.Mahony, M.Mathews(a former Clongowes boy), R.Mulcahy(who now resides in the Rebel county), R.Jordan, P.Meehan, D.Lynagh (played for a number of years until he found his true calling), P.Farrell K.Coleman, J.Clancy and Cyril Crone (and sometimes young Graham, that is when Cyril was on babysitting duties). The passing of our very popular colleague Pop Sparks, prompted the creation of a home and away annual cricket match against CYM in Terenure for the Pop Sparks Memorial Plate. This has become a very keenly contested affair.

A fall off by PPU/Rugby Club members interested in playing Taverner Cricket in the late 90's prompted a rethink for the future. In view of the demise of St. Marys RFC cricket, an invitation was issued to Dudley Shanley and Dave Fair of St. Marys to see if any of their cricket folk would like to join and play. This initiative paid off with a number of St. Marys cricketers joining and thus insured the survival of our club and also gave us the motivation to press forward and create a thriving Taverner Club comprising of an unique set and mixture of friends based in local rugby rivalries. John Donnellan, Eddie Doyle, Dave Mowlds, George Cree and Sean McGinn ( both his sons are real Nure men)came from St. Marys to strengthen the union along with the arrival of Terenure College stalwards Graham and Philip Whelan, Brennie Meehan, Darren Philly Phillips, Martin, John, and Philip Searson, Alan Ryan, Eamon Travers, Rob Byrne and Peter Searson (Taverners Bookkeeper). Ian Larkin, Myles Doyle, Colin McKeon, Paul Morrissey,Andrew Hussey, David O'Meara, Peadar Devlin (son of Paddy Devo) and Ross O'Hara also joined around this time. Ian Cox, Dave Coyne and Liam O'Neill are the latest recruits.

In the early years, games against Rance Ramblers, Malahide CC, St. Mary's and CYM reached such heights that a win against any of them counted as having a successful season. We may not have won that many but we surely made many friends over the years and these are just a small sample i.e. Albert Rance and Brian Molloy of the Ramblers, Billy Goodwin of Malahide, Don Moore and Mick Croake and others in CYM, Dave Fair, Ray Sloan and Dudley (who still bowls them and has lost none of that pace) of St. Mary's RFC.

The present group of players have added the " away tour " to our fixture list on an bi-annual basis and this has proved to be very popular and most successful with trips to London (Lords), Nottingham, Exeter and The West Indies ( Melbourne CC Kingston Jamaica), and Italy (Milan CC / Idle CC Lodi) and trips to Sweden for The Midnight Cup as well as Berlin, St. Tropez and Croatia. The highlight of our past touring calender was supporting Ireland in their triumphant opening games in Jamaica. Watching the Green beating Pakistan and the Walnuts coming a close second! in a friendly against the Legendary Melbourne CC in Kingston were lifetime highlights for all who travelled there.

Finally The Terenure Walnut Taverners would like to extend a special thanks to the College Prior and the Carmelite community and Staff for their support, encouragement and continued use of their grounds over all those years and to Terenure RFC for the use of their facilities during each cricket season.

Compiled by "The Spinner"

The main objective in cricket is simple: The batsmen aim to score more runs than the other team, while the bowlers and fielders try to stop them.

Runs are scored when a batsmen hits the ball and runs to the other end of the pitch before the fielders can throw it back. If the ball is hit well it can go all the way to the boundary and the batsmen gets an automatic four runs, without having to actually run.

The bowler's main job is to get the batsmen out. The bowler does this by running in and delivering the ball to the batsmen.